My qualifications include the following

I have taken courses in Counselling and also engaged energetically with the Avatar Course in the UK, Germany and USA during the early years of the 2000’s. More recently, I have been focusing on movement generally, particularly 5 Rhythms and Open Floor dance as well as T'ai Chi and Qi Gong.

The Work in Sarajevo

For two consecutive years ie 2015/16, my ongoing Shiatsu journey took me to Sarajevo, where I tried to make a meaningful contribution to relieving the suffering of the people from the terrible wars in the mid 1990's that ravaged Bosnia and Sarajevo in particular. That process of working with sixty men and women over the course of a fortnight was both a challenge and tremendous confirmation of the power of Shiatsu to bring about positive change and healing. 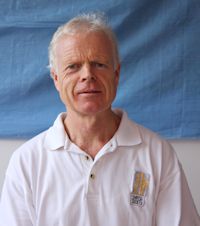